Beverly Hills Chihuahua, anyone? With celebrities toting around toy and miniature breed dogs, it is no wonder that those cute little faces have become so popular. However, their adorable features and trendy, accessory-esque personas somehow are enough to fetch astronomical prices.

For some, dogs have become status symbols, signifying the amount of money you have.

But are mixed breeds healthier than purebreds? We talk about what makes purebred dog different from mixed-breed ones, and why you should consider a shelter dog!

Genetics teaches us that genetic material is transmitted when dogs are bred together, half from the mama and half from papa dog. Pure-bred dogs who are bred from generations of a close gene pool, then, have more chances of acquiring disorders caused by recessive mutations increases.

Chihuahuas, in general, can range anywhere from $750 and up, depending on various characteristics of the dog and of the breeding facility.

Small dogs of pedigree are not the only ones that require a small fortune to pay for them. The AKC recognizes over 100 breeds of dogs that qualify as “recognized breeds”, and a battery of miscellaneous breeds and purebreds that are not yet registered. These dogs are able to enter shows and competitions, as long as they fulfill specific requirements that are unique to each individual breed.

But purebred dogs are known to be more at risk of inheriting certain genetic health issues. So, unless you plan to have a show or competition dog, it may make more sense to go for a mixed breed dog.

According to a study that used more than 27000 dogs, purebreds were at greater risk of 10 out of 24 listed genetic disorders. 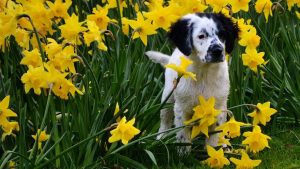 Hybrid dogs have found an immense following more recently. Glorified mutts like the precious Puggle have been featured in newspapers ranging from The Post, The Daily News, and The Journal News, among others. Cockapoos (Cocker Spaniel-Poodles), Chuggers (Chihuahua-Pugs), Rat-a-paps (Rat Terriers-Papillons) and Jack-a-bees (Jack Russell Terrier-Beagles) are four examples of the endless selection of hybrid breeds. Cute as a button, yes, but these dogs, often considered to be “designer dogs”, are little more than a form of bioengineering in that two breeds are crossed in hopes of a specific outcome.

Dogs that are often referred to as mutts have questionable bloodlines and do not qualify for shows or competitions. However, these are considered by many to make the best pets because of their even temperaments and increased intelligence. They are less likely to have genetic defects due to inbreeding and are more likely to live longer, healthier lives.

While certain kinds of dogs are well sought after and usually come with a high price, millions of dogs suffer in tight cages, waiting for a loving family to take them home. They range in age, size, sex, color, breed, temperament, and characteristics, but generally share one thing in common – they make great pets.

Also, a majority of rescue leagues and pounds offer full vaccinations and require a minimal fee to cover medical costs. Oftentimes perfectly acceptable dogs are displaced for unverified reasons and face the risk of becoming euthanized to make room for more animals that have a higher probability of being adopted. An increased obsession with purebred and hybrid dogs increases the number of dogs in shelters.

Avoid contributing to puppy mills and rescue a pup from a shelter instead. You will be saving a dog from possibly being put down, and your pup will be more likely to live a happier and healthier life.

P.S. Help a friend learn about mixed breed dogs by pinning this!