Imagine lounging comfortably eating your fresh rye bread while you’re watching your favorite show. All of a sudden, your dog comes up to you and begs for a bite with those pleading eyes.

What would you do? Should you give them a taste or not?

Bread is a kitchen staple for most of us, and if you’re a dog owner, you’ll catch yourself asking, can dogs eat rye bread?

We share with you a guide to how safe rye bread is for dogs! We also talk about the dangers of rye bread and some ingredients in bread to avoid that are toxic to dogs.

What is Rye Bread?

Rye bread is a type of bread that is made with rye. It has a darker and stronger color and an “earthier” taste than plain white bread and wheat bread and is linked to many potential health benefits.

There are several rye bread variants including:

Rye bread is higher in fiber and micronutrients like B vitamins compared to other types of bread.

Yes, a small amount of generic rye bread without any spreads is okay!

Bread is considered safe for dogs, but not for those with a diagnosed wheat allergy. Just make sure not to let your pup eat bread too much or too often.

It is high in calories and low on nutrients, so it’s not a great choice to rely on bread as a whole meal for your dog just so they feel satiated. Overconsumption can lead to weight gain and obesity.

Except for those with a wheat allergy, dogs can eat bread as long as it doesn’t have the following toxic ingredients:

Ensure that the rye bread is baked well to avoid bloat and alcohol poisoning. Otherwise, bread dough consumption in dogs can lead to pain, vomiting, and bloating or gastric dilatation-volvulus.

Think of it this way. For bread dough to rise, it needs to be in a warm and moist environment. That’s exactly how you could describe your dog’s stomach!

Here are some signs and symptoms of bloating in dogs:

Alcohol poisoning is another danger related to bread dough consumption in dogs. As the dough rises in your dog’s tummy, ethanol is being produced and absorbed into the bloodstream.

It may lead to a drop in their blood sugar, body temperature, and blood pressure.

Here are some signs of alcohol poisoning in dogs to watch out for:

Is Rye Bread Safe for Dogs?

Rye bread is not considered toxic to dogs, as long as it doesn’t have the toxic ingredients previously mentioned, such as chocolate, garlic, nuts, etc. It is also safe only if your dog doesn’t have wheat or gluten allergy.

But despite being healthier than other types of bread, don’t overfeed your dog.

Eating a large quantity of bread can cause bloat in some pets. When done regularly, it can also cause obesity.

If your dog has eaten a huge portion of bread, try to induce vomiting by giving them a small amount of hydrogen peroxide that is no more than 15 ml.

A small nibble of rye bread shouldn’t be cause for concern. But if you suspect an allergic reaction to wheat or gluten, speak with your family vet.

If your dog is diagnosed with grain and gluten allergy, switch to a grain-free or gluten-free diet, such as Purina Beyond’s Grain-Free Adult Wet Dog Food. 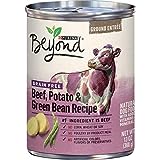 Give Them Rye Bread in Small Portions!

Unless your dog is allergic to wheat and gluten, then you can give your dog a bite of rye bread.

Keep it small since human foods should not replace a specialized diet for dogs. Despite having more nutrients than other bread variants, rye bread adds calories to their diet with insufficient nutrients.

Speak to the vet if you notice any signs of allergic reaction, alcohol poisoning, or bloating.

If your dog is allergic to grains like cornmeal and wheat, switch to a grain-free diet for your dog.