As a puppy owner, it can be hard to know when your puppy needs your help or not. It’s also sometimes hard to tell whether they are becoming more socially and physically mature.

Did you know puppies start becoming independent when they open their eyes? And the older they get, the more signs of independence they show.

This guide will show you the signs that your puppy is becoming more independent. Read on to know when they settle into adulthood and become fully independent.

When Do Puppies Become Independent?

The adolescence stage is when puppies start to become more confident and curious about their surroundings.

But there is no specific age at which puppies reach their peak independence. A puppy’s self-sufficiency is a continuous process as they grow and develop.

Here are some ways you can tell when puppies are becoming more independent.

When They Open Their Eyes

Puppies are born blind, deaf, and unable to move around. But the first sign of development is when they open their eyes, usually in their second week.

It’s a sign of independence because their eyelids automatically open when they are strong enough to protect them from various elements.

A newborn puppy’s optic nerves remain sensitive for their first few weeks. They can’t open their eyes because they are susceptible to infections and even permanent blindness.

Puppies are introduced to a whole new world when they open their eyes. They sense movement, light, and a few colors.

Over time, a puppy’s vision becomes sharper. Their fully developed vision is usually 20/75, meaning that a dog has to be 20 feet from something to see it as well as a human can see from 75 feet.

A puppy’s first bark is a massive step toward communicating more effectively.

You either pet them, offer treats, or talk to them. Do not over-reward your puppy for barking, as it can lead to an unpleasant habit that can be difficult to break.

When They Start Walking

Puppies start walking at around two to three weeks old. They will encounter new people and dogs, smell new spots, and explore their environment.

But puppies also have wobbly legs during this time. Do not exhaust them by going on long walks or instantly leash-training them.

Let your puppy develop independence by walking at their own pace. The clumsiness will subside after a few weeks, and your puppy will become a fast walker, maybe even a runner.

When They Start Eating Solid Food

A puppy initially relies on their mother for their nutritional needs. But at three weeks old, you can start introducing them to soft puppy food.

Getting your puppy accustomed to “real food” instead of milk is also known as weaning. Weaning should be a gradual process that starts with a 90:10 milk to food ratio.

Slowly increase their “real food” intake and decrease their milk consumption until they are ready to eat pure puppy food at eight weeks old.

Your puppy’s first “real food” should include soft foods, a mix of crumbled puppy food, milk replacement, and water.

A weaned puppy is an independent puppy who does not rely on their mother for sustenance. They are also strong enough to chew and digest hard dog food.

When They Are Crate-Trained

A puppy who knows how to enjoy their personal space is independent. They stay in their crate without the need for coercion because they are safe, happy, and comfortable inside it.

The crate is an essential part of every dog’s life. Once in a while, they will stay in it when they are boarded, traveling, or going on a vet trip.

Some owners crate-train their puppies at two to three months old. Others wait until they turn one year old.

But the ideal age to train is the moment you take them home. They need to see the crate as their safe haven, even if it’s not their permanent sleeping place in the household.

When They Learn to Go Potty

It’s a fantastic feeling for every puppy owner to have their dog pee or poop in the right spot without needing help.

An independent puppy has easy access to their potty area, so they no longer need to bark at you for help. Your self-reliant puppy also doesn’t defecate or urinate everywhere.

Your puppy should be potty-trained at four months old because this is also the age where they can control their bowel movements and bladder.

If your puppy still has trouble pooping the house after being outside, it may be because they were so overstimulated outside that they couldn’t go potty.

When They Socialize With People and Dogs

Puppies reach a degree of independence when they step out of their comfort zone to play with new people and dogs.

But while socialization should be done as early as possible, you should wait before your pup gets a round of vaccines.

Getting your dog vaccinated at least a week before socializing them will prepare them for any environmental stressor that might come their way.

When your dog learns how to interact with other creatures and humans, they start understanding proper behavior. It will get rid of any unnecessary anxiety or aggression they might have.

Learn how to introduce your dog to other dogs so they can form healthy relationships and packs.

When They Sexually Mature

Puppies sexually mature at ten months or before they reach one year old. It’s the official start of their puberty as hormonal changes transform their appearance, behavior, and overall personality.

Expect your female puppy to lick their area and pee more often when they go into heat twice a year. They will also experience discharge for one week.

Male puppies are sexually active the whole year. Because of their increased testosterone levels, they become more aggressive and unpredictable in behavior.

This particular stage is also where you might consider spaying or neutering them. Find out how to take care of your dog after spaying.

When They See You as the Pack Leader

Puppies start becoming more obedient at ten weeks old. But it will come with several flaws and mistakes, which will only be perfected when they reach one year old.

When your puppy sees you as the pack leader, they see you as a provider of safety and protection. They will trust, respect, and form a healthy bond with you.

Most importantly, they will be more obedient to you. Your gentle dominance over your puppy will allow them to take the initiative and develop a sense of autonomy based on your rules.

Asserting yourself as the pack leader requires ongoing training in all aspects. It may include leash training, potty training, and even teaching essential command words.

When Their Personality Settles Down

Puppies settle down at different ages, depending on their training experience and breed.

More mentally mature breeds like German Shepherds and Border Collies start settling at 12 to 18 months. Others wait before they turn two to act more grown up.

Their energy levels decrease, your dog learns good behavior, and they stop being a picky eater.

But this does not mean your dog will stop making mistakes. They can still try testing their boundaries, making continuous training more vital.

When Should I Potty-Train My Puppy?

You can start training your puppy to go potty at the right spot at three to four months old.

Potty training does not only include setting a location for your dog to go. It also involves keeping a consistent schedule, regular exercise, and calculating how much water they need.

You may use your dog’s crate as a potty-training tool to keep everything hygienic. Take note when your puppy whines or asks for your attention because it could signal their need to go to the bathroom.

Check out these potty-training tips every fur parent should know.

When Do Puppies Grow Out of Whining?

Puppies only grow out of whining once you have completely trained and socialized them.

There is no specific age for puppies to stop whining suddenly. This normal behavior is their way of communicating their needs and emotions.

Puppies are like babies who cry when they are excited, in need of food, sad, and anything else. You can quickly stop their behavior through early obedience training.

Learn the age your puppy should outgrow their whiny behavior.

How Much Attention Do Puppies Need?

It’s okay to give your puppy extra attention when they feel overwhelmed, scared, or ignorant of their environment.

What’s not okay is spoiling them with unnecessary attention when they are independent enough to accomplish tasks on their own.

For example, if you keep accompanying your pet to their crate to pee even when you’ve already potty-trained them, it can lead to your puppy over-relying on you.

Discover how you can provide enough attention for your puppy.

Be Patient With Your Puppy

Puppies do not wake up one day all grown up and independent. They gradually develop from the moment they open their eyes to when they settle down with a stable temperament.

Provide your puppy with enough attention, training, and socialization to help them achieve complete independence at the right age.

Nutrition is another critical factor that affects your dog’s physical and social development.

Puppies drink milk from their mothers and start eating solid foods when they reach a certain age. Find out when puppies should stop drinking milk. 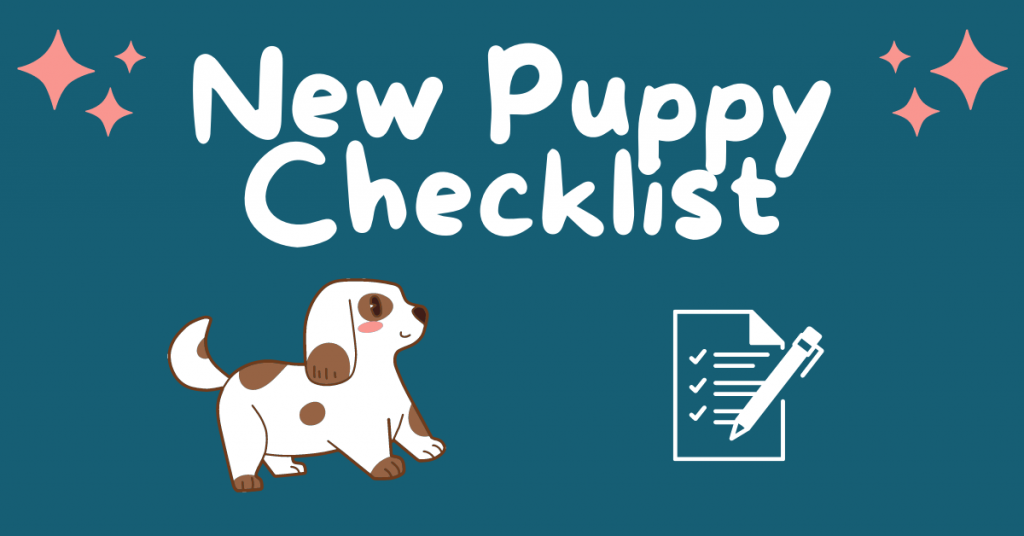 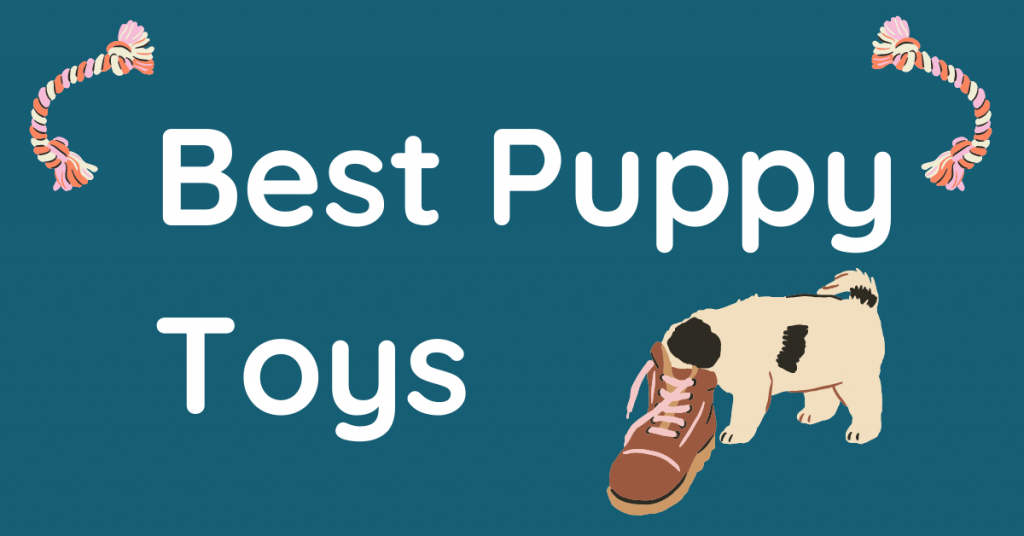 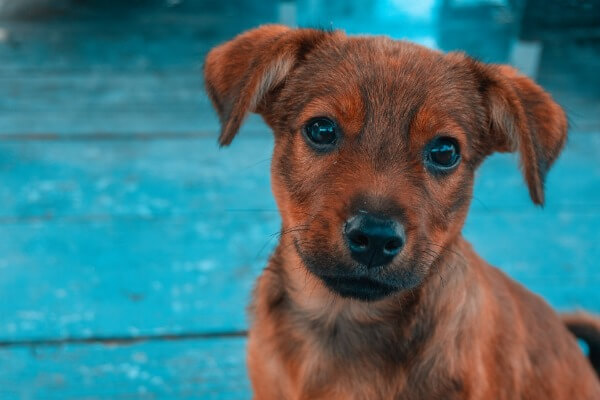